The Pastime Theatre was built in 1937 and was restored by The Winfield Main Street program in early 2002. In 2007, Winfield Main Street purchased the adjoining building and renovated it for use as a civic center, dinner theatre, office, dressing rooms and green room. Both buildings were given to the City of Winfield.

The City appointed a seven-member board to manage the day-to-day operation of the theatre and civic center. Board members are David Miles, Nancy Moss, Ron Moss, Nick Posey, Stephen Preuninger, Don Studdard and Mary Hyche. Tammy Brashier is the office manager.

The theatre, which is now a performing arts theatre, seats 317 and is handicapped accessible. Today, The Pastime Theatre/Civic Center, with its clock tower and chimes, is the focal point of downtown Winfield and one of Winfield’s special treasures.

Concerts featuring nationally and internationally known artists, as well as incredibly talented local artists, are scheduled each year. Performances range from country to classical, jazz to blue grass, and gospel to rock genres, and appeal to all ages.

Click each small image to see a larger view.

March 26th at 7:00 p.m., The Pastime Theatre Welcomes The Wildflowers- A Tribute to Tom Petty and the Heartbreakers. 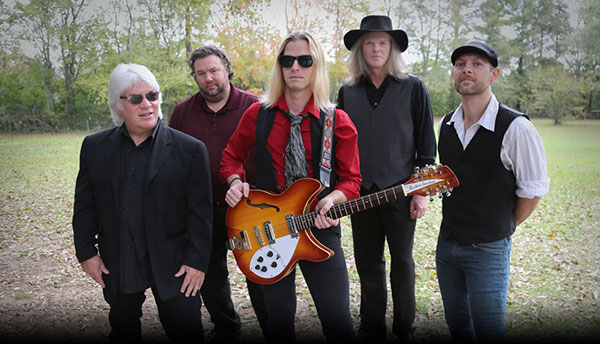 Tom Petty has been classified as one of the greatest songwriters of all time. His lyrics, voice and stage presence make him legendary. Tom Petty had hit albums from the 1970s through the 2010s and sold more than 80 million records worldwide, making him one of the best-selling music artists of all time. To recreate his sound and performance, you need a band that can meet big expectations. The Birmingham based band, The Wildflowers, have done just that.

“Who doesn’t love Tom Petty?” bassist Darryell Stone asked himself one day in 2012 while listening to the radio. Stone polled friends, family and fellow musicians on how they felt about Petty. The result was always the same. Everyone loves Tom Petty. One of these fellow musicians just happened to be Tom Petty’s doppelganger, guitarist and lead vocalist Jonathan Guthrie. Guthrie was an avid fan and had always fantasized about being a Heartbreaker. As two seasoned musicians and Tom Petty & The Heartbreakers fans, there was really only one thing for them to do – form a Tom Petty tribute band.

Read more: March 26th at 7:00 p.m., The Pastime Theatre Welcomes The Wildflowers- A Tribute to Tom Petty and...

“We normally begin our concert season in February, but the Pastime Theatre and the downtown area were directly impacted by the December 28, 2021 tornado. While repair and rebuilding efforts are still underway, we are excited to announce that performances will return to The Pastime Theatre stage in March," stated Mary Hyche, Theatre chairman.

March 26th at 7:00 p.m., the Pastime Theatre will kick off the 2022 concert season with The Wildflowers, A Tribute to Tom Petty and the Heartbreakers. The Alabama-based band was formed in 2012 by bassist Darryell Stone. Since their debut, they have toured nationally and internationally recreating the music of Tom Petty with precision, attention to detail, and reverent respect. Tickets for this performance will be $25.