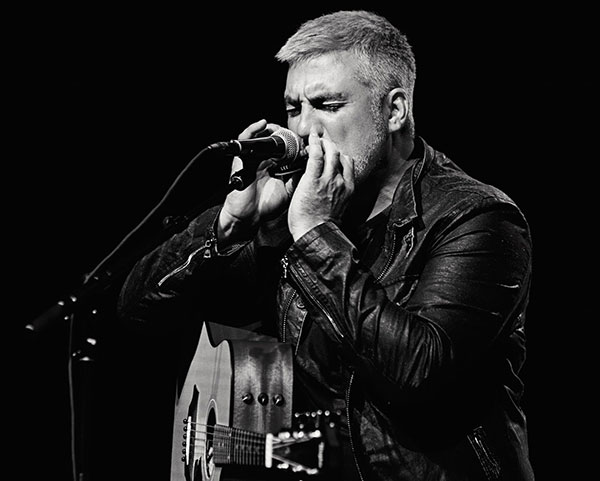 American Idol Taylor Hicks will be performing a Rod Stewart tribute along with select originals at Winfield’s Pastime Theatre on Saturday, August 27th, at 7:00 p.m. This will be the last concert of the 2022 season at The Pastime.

Winning “American Idol’s” blockbuster fifth season was just the beginning for Taylor Hicks. Hailed as “part Stax, part Motown and part honky-tonk” by The New York Times, Hicks’ intoxicating blend of soul, blues, country, and rock 'n' roll quickly rendered him a household name as he progressed to the show’s record-breaking finale in 2006, a historic television event which drew an audience of more than 200 million viewers.

Hicks immediately followed his Idol victory with a No. 1 Billboard single and an RIAA®-certified Platinum debut, and soon went on to make history as both the first male Idol champion featured on a GRAMMY®-winning record (Jimmy Fallon’s Blow Your Pants Off), and the first to land a prestigious Las Vegas residency. A versatile artist, actor and advocate, Hicks has since ventured into theater and television, touring as Teen Angel in the popular Broadway musical “Grease” in addition to appearing on “Law & Order: SVU” and hosting the INSP series “State Plate,” which won the Cynopsis TV Award for Best Reality Series (Travel).

After a lengthy hiatus from recording, Hicks returned in 2017 with “Six Strings and Diamond Rings,” the first single since his beloved 2009 sophomore album, The Distance. The stirring, stripped-down track offers up a tantalizing preview of Hicks’ highly anticipated third album, a deeply personal, roots-inspired collection recorded at Zac Brown’s Southern Ground studio in Nashville with contributions from four-time GRAMMY®-winning musician Keb' Mo’ and more. Produced by Hicks along with GRAMMY®-winning guitarist Bryan Sutton (Garth Brooks, Brad Paisley), the album is slated for release in 2022 and will bring Hicks back on the road for extensive touring. He recently performed at the closing ceremony of the World Games in Birmingham, Alabama.

“Taylor Hicks is one of The Pastime Theatre’s most asked for repeat performers, said Mary Hyche, theatre chairman. His first appearance on our stage was to a sold-out crowd in 2016 and then again last December as he performed Bob Seger’s hits and Christmas classics. We expect this to be another great show.”

Tickets are $35 and may be purchased (cash or check) in person at the theatre office, city hall, Gold Connection and The Kemp Foundation office in Winfield or by phone 205/487-3002.  Online credit card purchases may be made at itickets.com. For information , please call 205/487-3002.